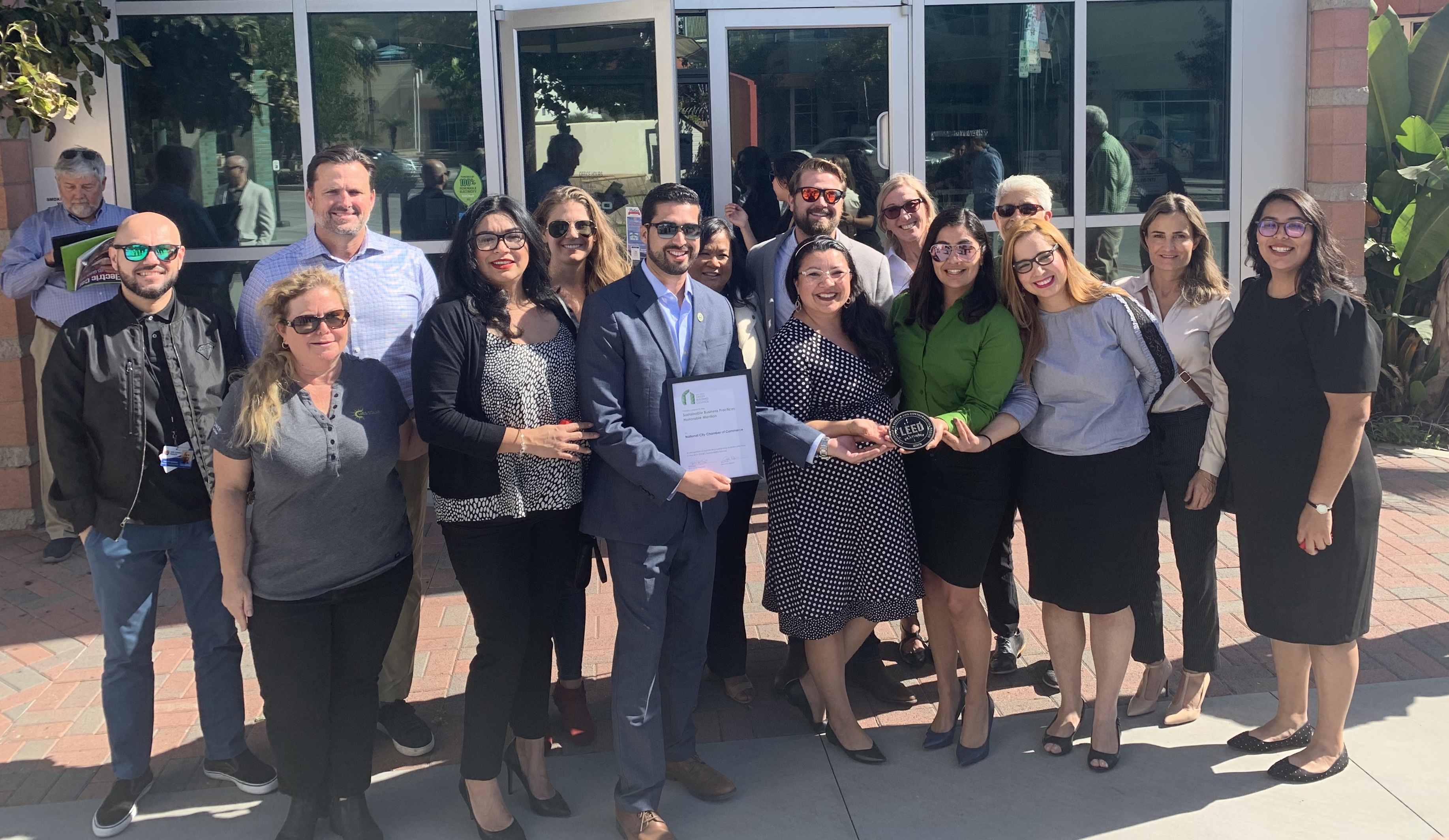 The National City Chamber of Commerce (NCCC) recently held a ribbon cutting ceremony to celebrate the LEED ® Platinum certification for Existing Buildings in Operations and Maintenance (O+M). The NCCC is the first chamber in the nation to achieve the top certification, according to The Green Building Information Gateway.

It was awarded two months ago by the U.S. Green Building Council (USGBC) – the highest rating possible – for energy efficiency and environmental sustainability. In 2010, the Chamber created the Green Business Program (GBP) to guide members, the business community, and the city towards sustainable business practices and development.

Through a new project called “LEED by Example,” the 600-member organization aimed this month to make its 2,700-square-foot headquarters on National City Boulevard into an educational showcase of green building, maintenance, and operating principles.

Designed by the San Diego firm of Martinez + Cutri, and with heating, ventilation and air conditioning systems engineered by LSW Engineers California in San Diego, the 2003 concrete block structure is an anchor in the city’s revitalized central core.  It is immediately across from Southwestern College’s Higher Education Center and adjacent to Morgan Square Plaza, a city landmark.

“LEED by Example is a new and exciting project of the Chamber’s Green Business Program,” said NCCC’s President & CEO Jacqueline Reynoso.  “We want to be the resource and leader for local businesses in sustainability”, she added.

The aim of LEED projects included: slowing and reversing climate change through smarter and lower energy use; enhancing public health through reduction of harmful building byproducts; and protecting water resources.  Other aims include restoring biodiversity and threatened ecosystems; increasing the use of renewable building materials; and enhancing community quality of life.

The NCCC is one of the two chambers of commerce worldwide that hold LEED Platinum Certification, according to the LEED project directory. The Dubai Chamber of Commerce and Industry, which is in Dubai, United Arab Emirates, is the first one that obtained its Platinum certification (O+M) in 2013. It is also the second chamber of commerce in the state of California to receive a LEED certification; the San Luis Obispo Chamber of Commerce received its LEED certification in Interior Design and Construction (ID+C) in 2009.

Jacqueline Reynoso, director and CEO of the National City Chamber of Commerce (NCCC)

By taking steps to pursue a top LEED certification, the NCCC has set the intention for other small business in the area to make efforts towards sustainability. To date, the Chamber has helped an estimated 700 South Bay businesses improve their green “footprint” with an eye toward a profitable bottom line as well as positive ecological impact.

For more information and to contribute to the LEED by Example project visit: www.gogreenbiz.org/leedbyexample [gogreenbiz.org] 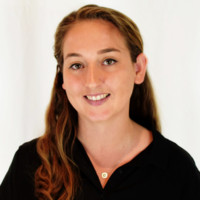